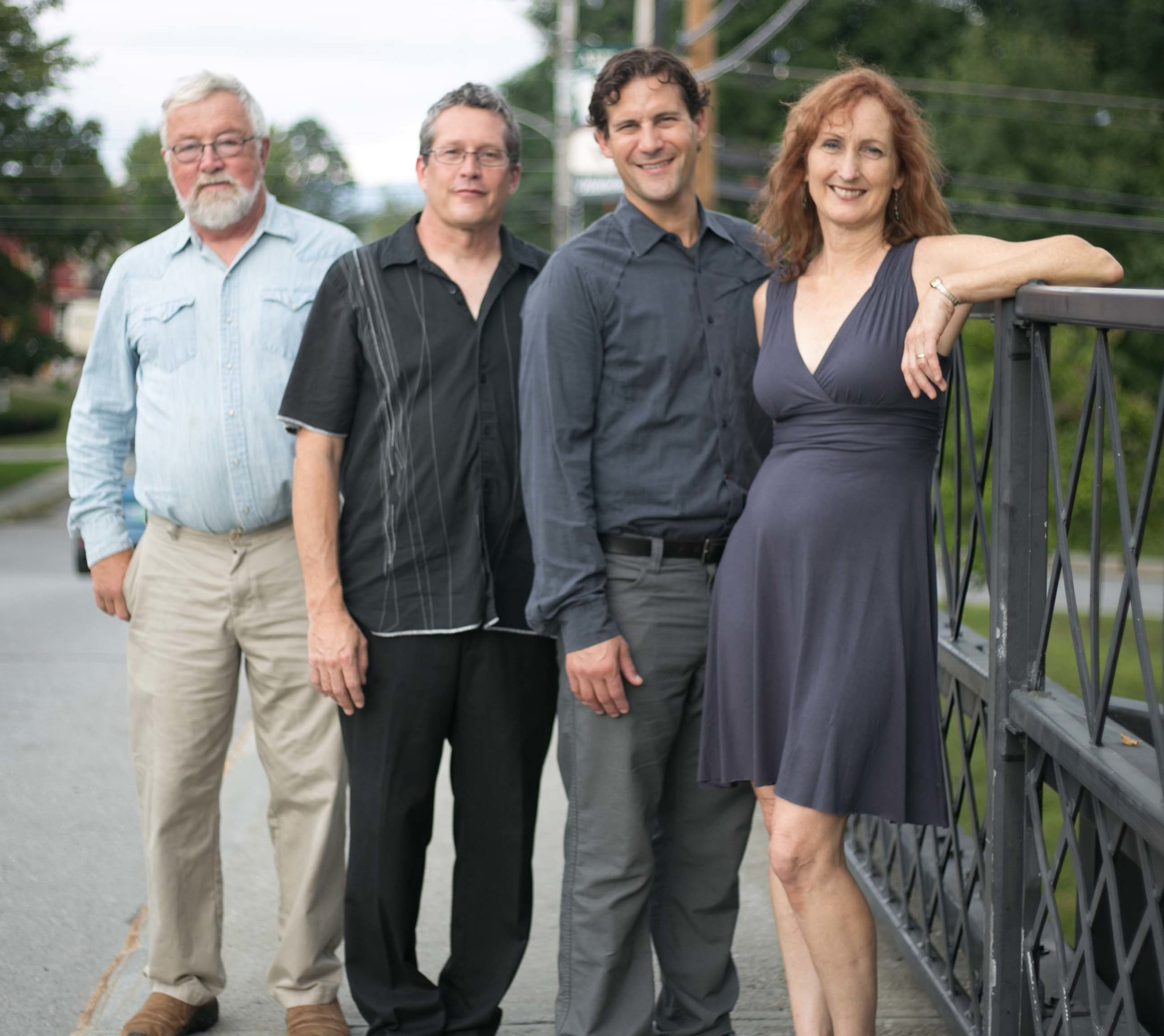 The Michele Fay Band features original and Americana music that brings forth a comfortable groove of folk, swing, and bluegrass-influenced songs that are woven seamlessly together. Michele’s heart-felt lyrics are central to the ensemble, as she sings with a clear, authentic voice accompanied by guitar and banjo. Tim Price adds ideal melodic instrumentals on mandolin and guitar, while Kalev Freeman works his “lilting” fiddle. Michael Santosusso provides tenor harmonies and drives a dynamic beat with upright bass.

Her “crack backing band”, a perfect match for Michele’s talent as a singer-songwriter, adds to the charm and sincerity of these songs without detracting from their earnest messages.  Their repertoire provides a mix of understated originals and well-placed traditional covers, played and sung with relaxed polish, personality and taste.

The band’s performances are both energetic and unpretentious, appealing to a wide range of audience. Its growing musicianship is increasingly being well received throughout the region as it continues to gather its well-deserved recognition.

On the newly released Believe, The Michele Fay Band serves up a suite of material that plays exclusively to their front woman’s best assets. With a mix of understated originals and well-placed traditional covers, played and sung with relaxed polish, personality and taste, the record is easily the band’s strongest to date.”

On believe, Fay shows a mature performer who knows how to write songs and deliver them entertainingly.”

Michele’s voice continues to be smooth and entrancing… there are harmony vocals which only serve to strengthen the songs. While the band’s playing is top-notch, there’s a reason it’s called the Michele Fay Band, and that’s Michele’s voice… another impressive cd from a band that seems to keep getting better.”

(Michele) paints a picture that is equal parts Norman Rockwell and Gillian Welch. Fay is a talented writer, but it’s her measured delivery that really that gives her words life.

Art Edelstein from the Times Argus comments on her 2010 CD:

Smooth as a dollop of cream with your morning coffee… Fay has a knack for writing songs that are heartfelt without being too self-conscious.”

Michele was a finalist in the 2010 Solar Fest Singer/Songwriter showcase and winner of the 2010 Folk Cellar/Nick Fest songwriter’s contest.